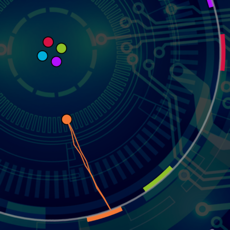 Sometimes we don’t have enough time for playing games; but we still should have some rest to avoid the stress. Here is the simple casual game where you’ll be directing a magnetic experiment:

It was also referenced at GamesKeys